After a long time, we attended a show with Biba – and my little girl won the title Class winner and CAC in a Working class of the National Show Floracanis in Olomouc.

And her very beatiful brother Brutus also won the title CAC but in an Open class. Brutus and his master Kristýnka are our show stars! 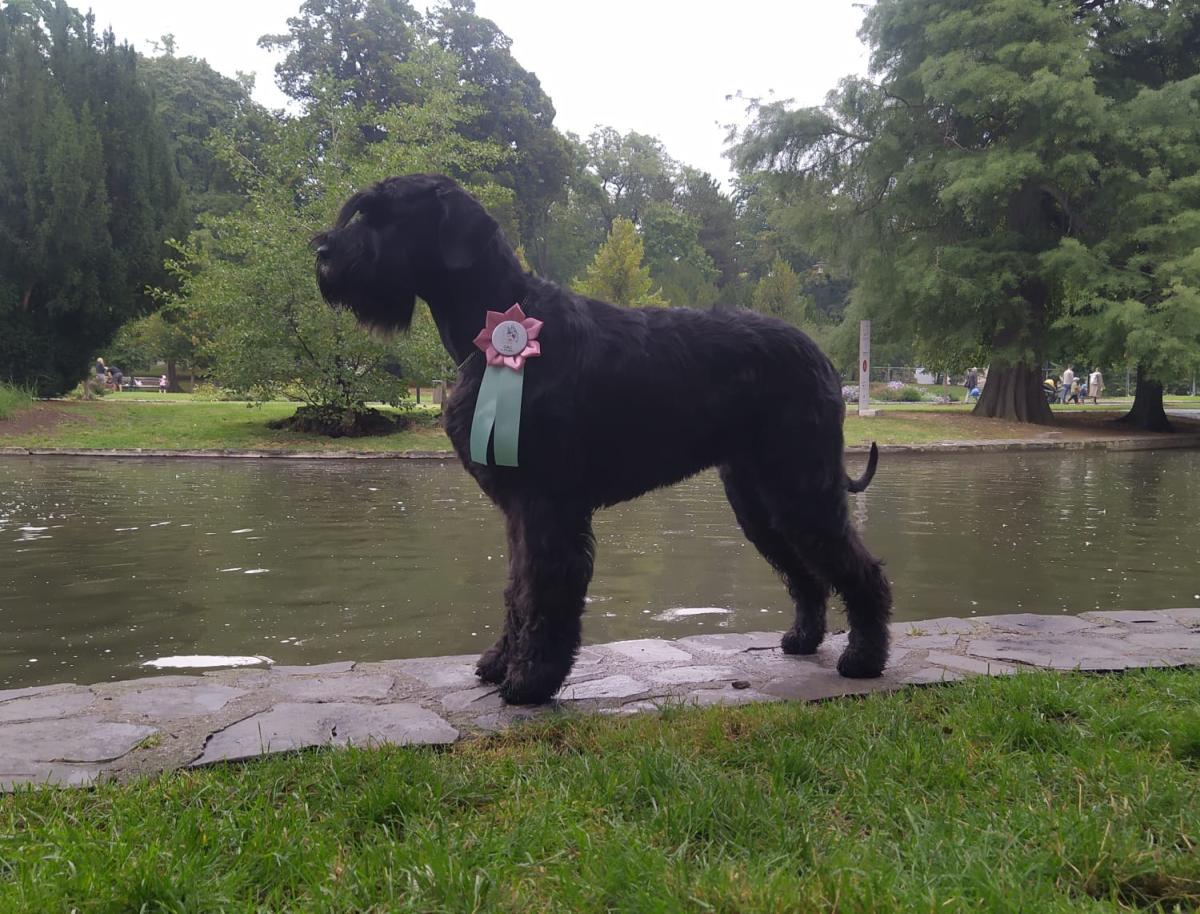 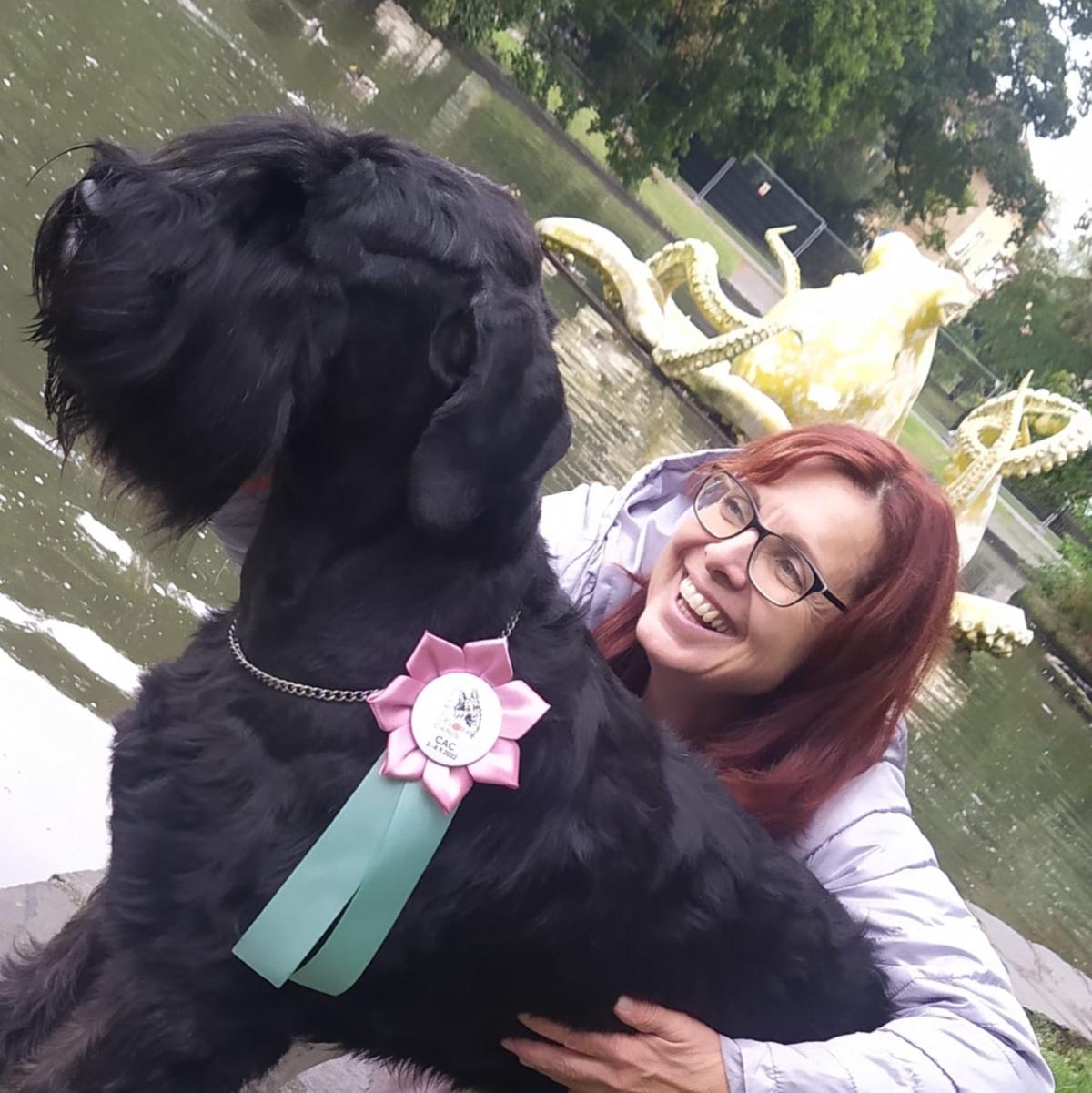 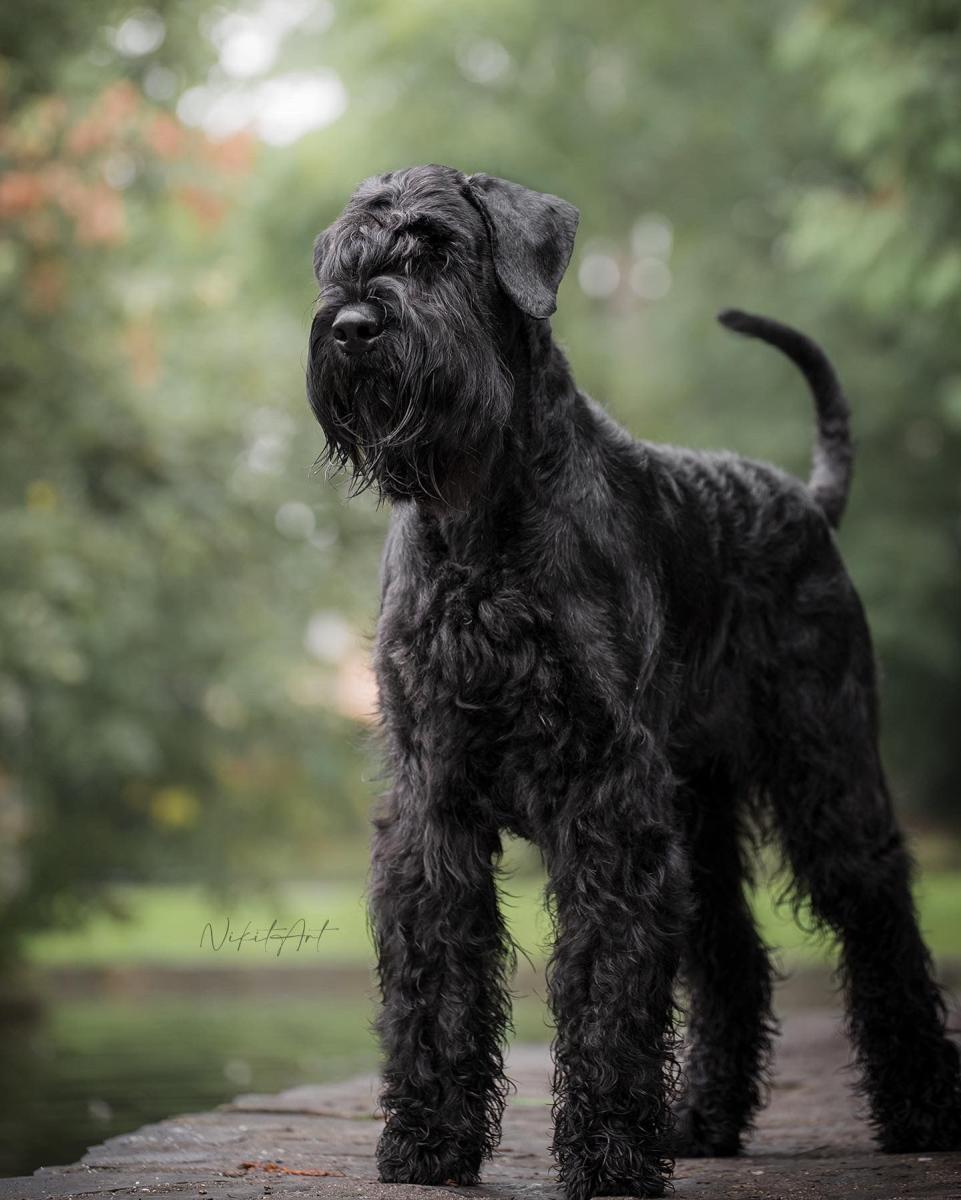 Great event every year – a week spend with a group of great people, fantastic trainer Pavel Markusek and my bearded little girls. 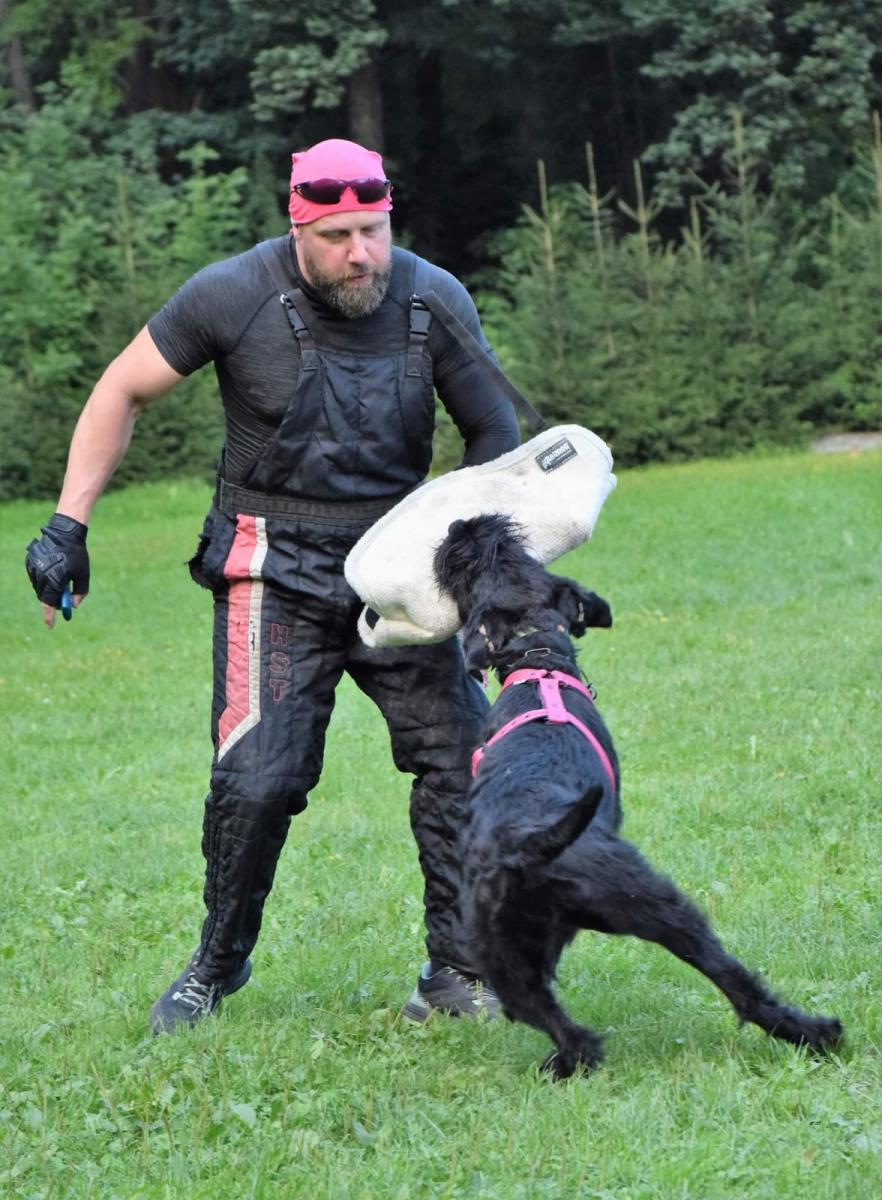 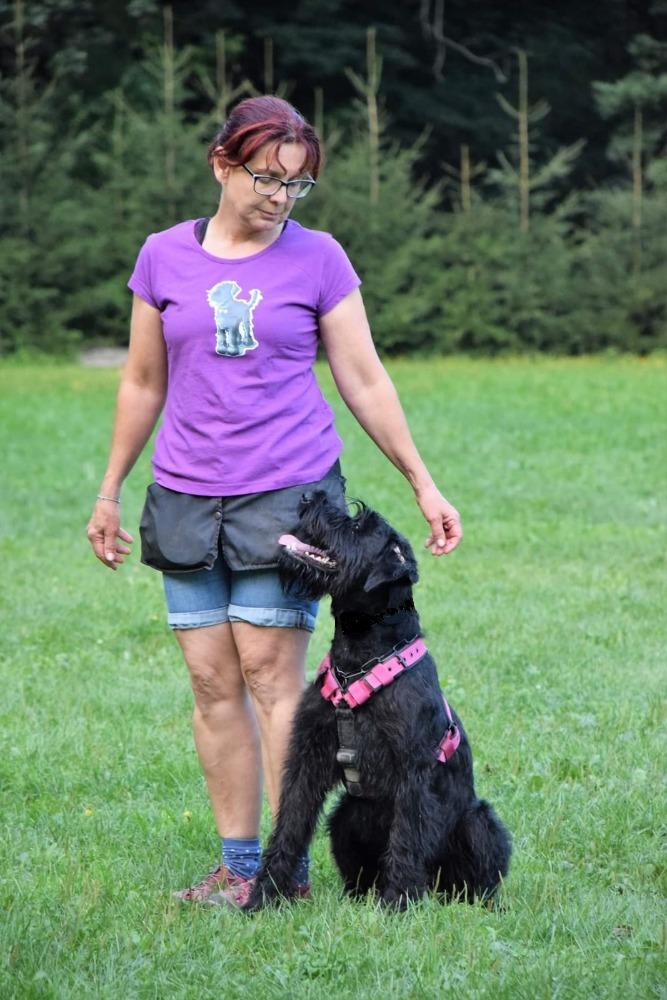 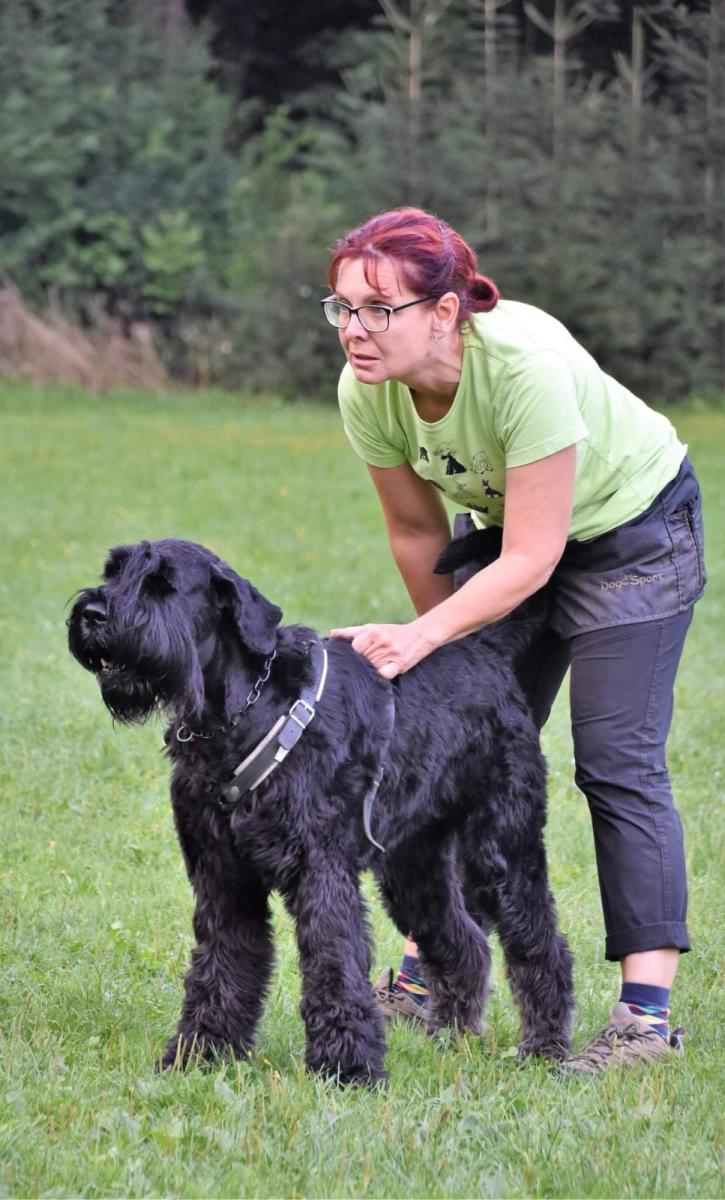 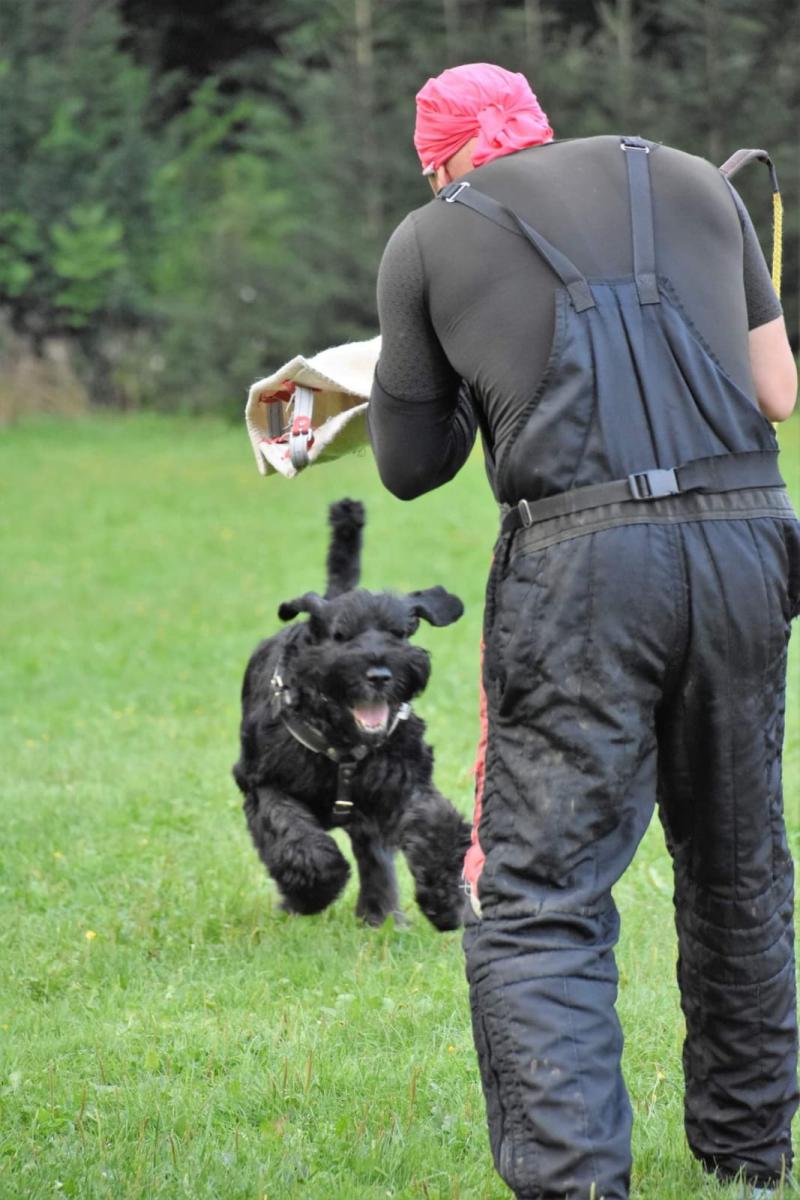 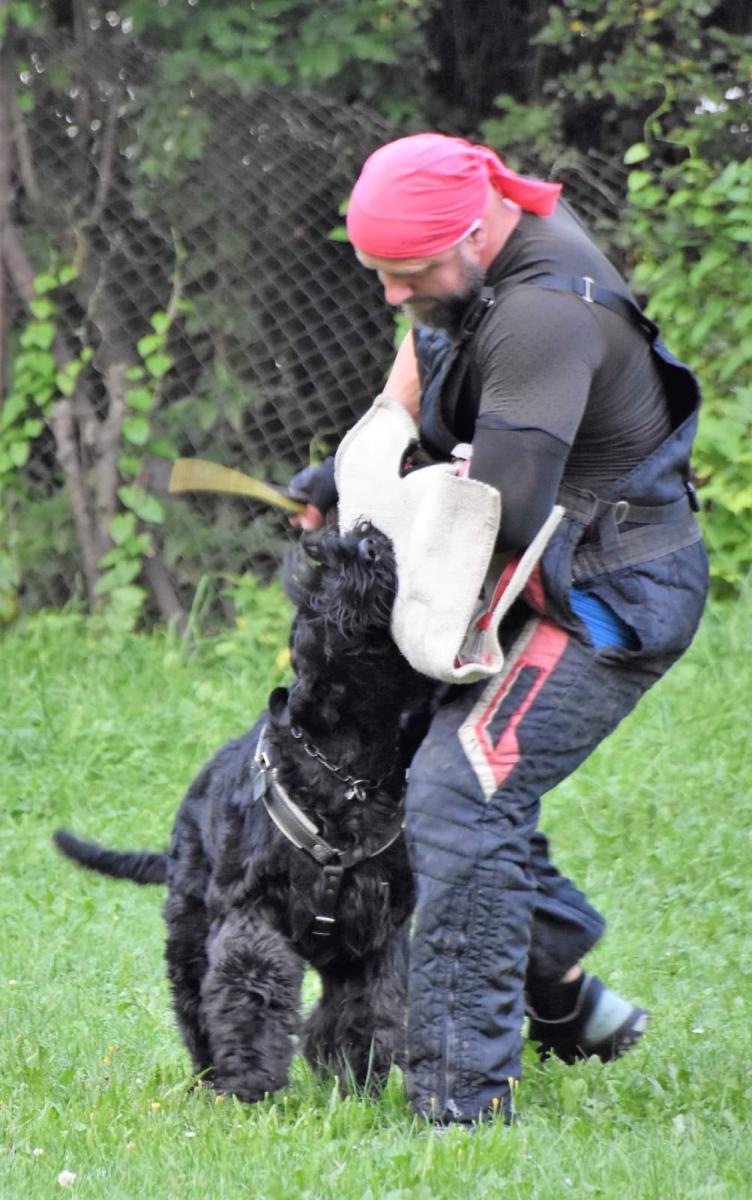 This year, both females Dora and her daughter BIba passed the KCHK Championship – Dora in IFH2 cathegory and Biba in IGP1 cathegory.

Under terrible weather conditions (the temperature exceeded 30°C) on dry, parched meadows, Dora was not successful and unfortunately, she finished her work on the first acute angel. But she worked well and was not exhausted despite her age!!!

Biba was very successful in the IGP1 cathegory – she won the 3rd place!!!. She is my great girl.I appreciate her hard-working character and performance stability.

Thanks to all organizers for their devoted work, especially to Alice and Erika Zelinková and Sylva Damm Husáková!! And to the Restaurant U Drahušky for great catering!! The Chamionship was unforgettable!!! Thanks for amazing photos by Iveta Pejšová! 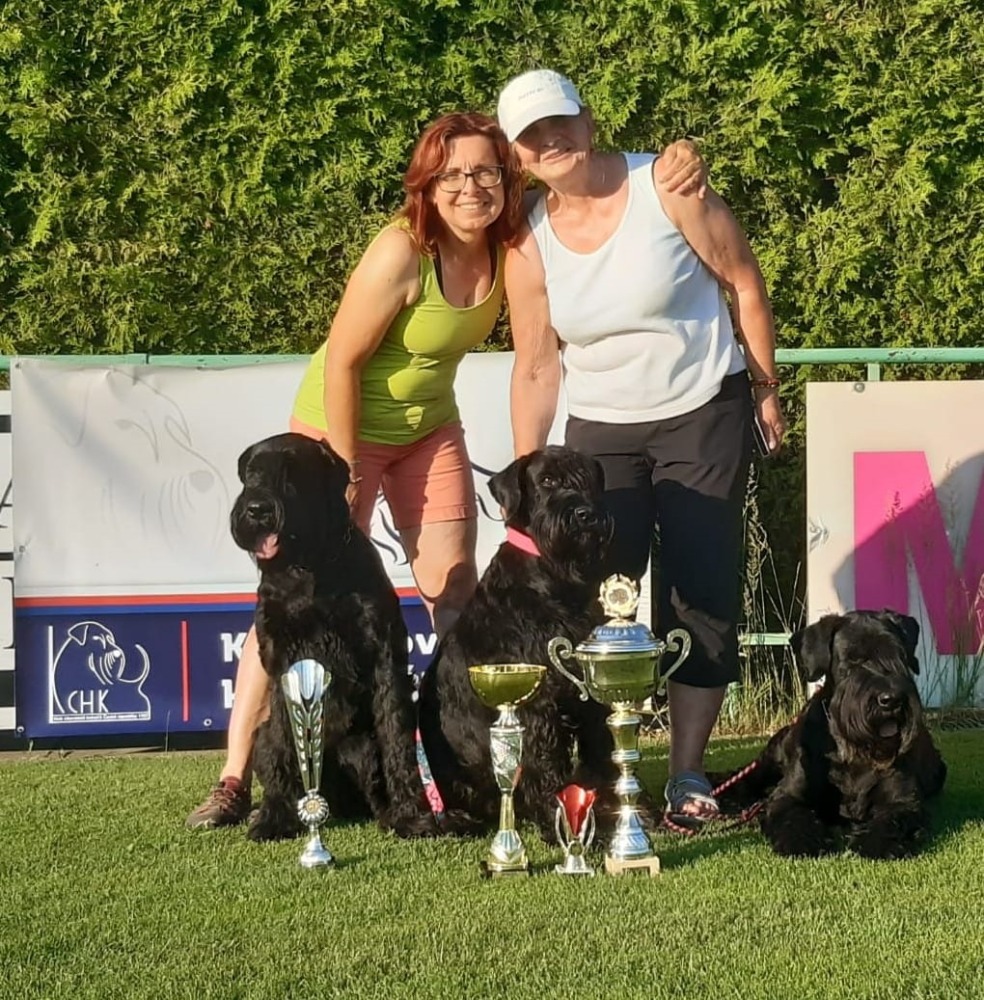 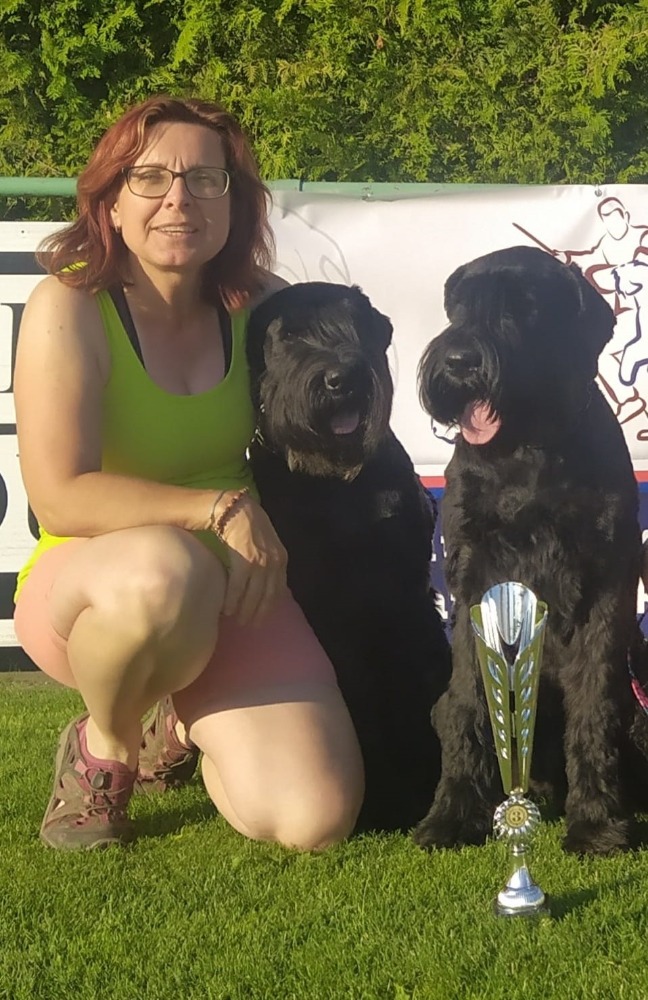 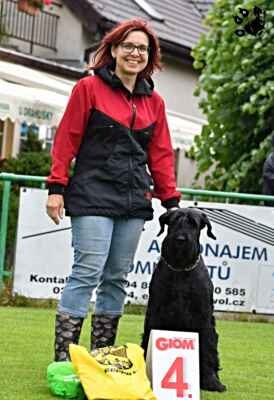 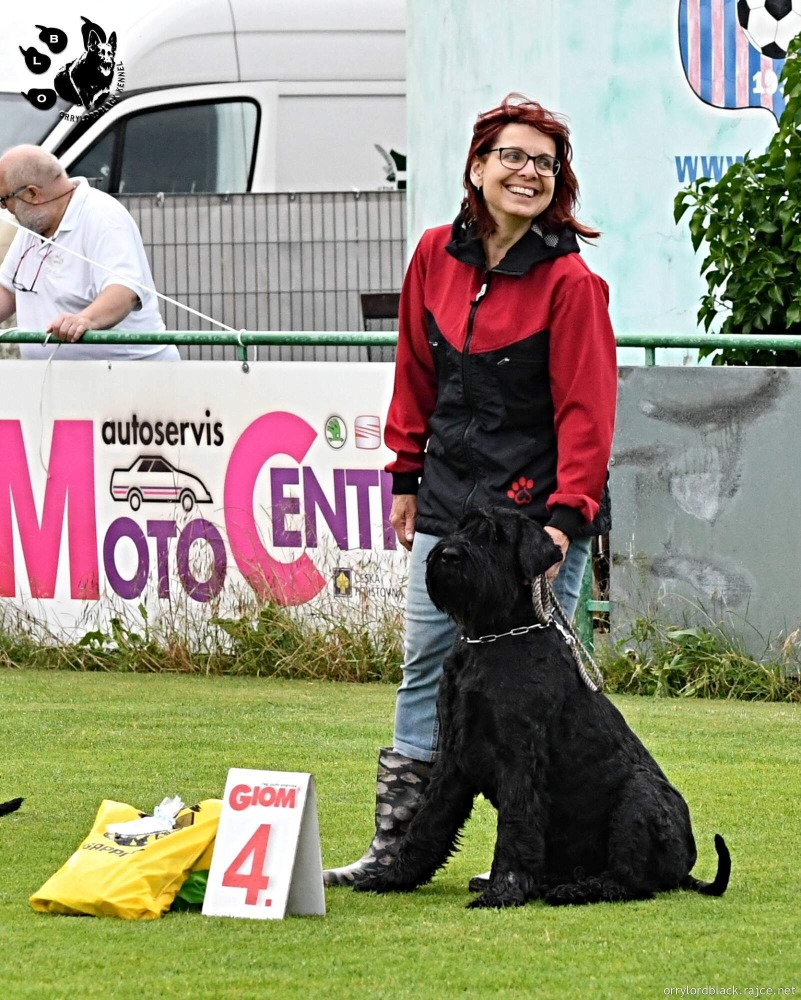 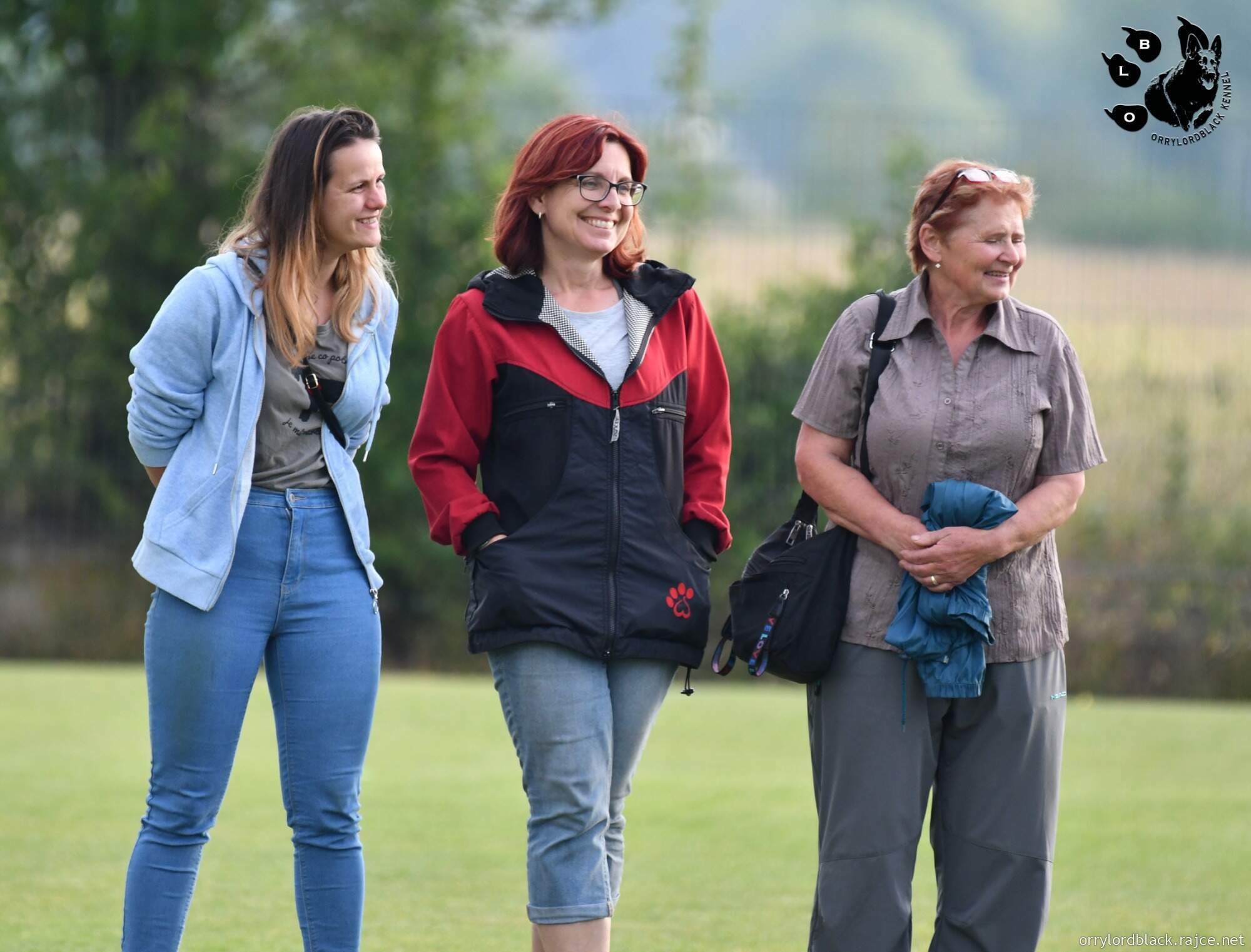 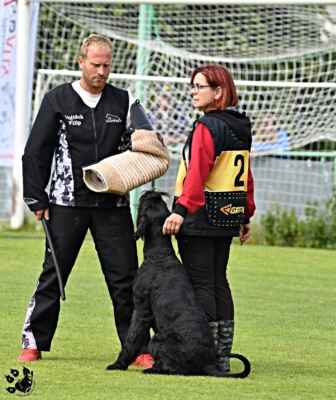 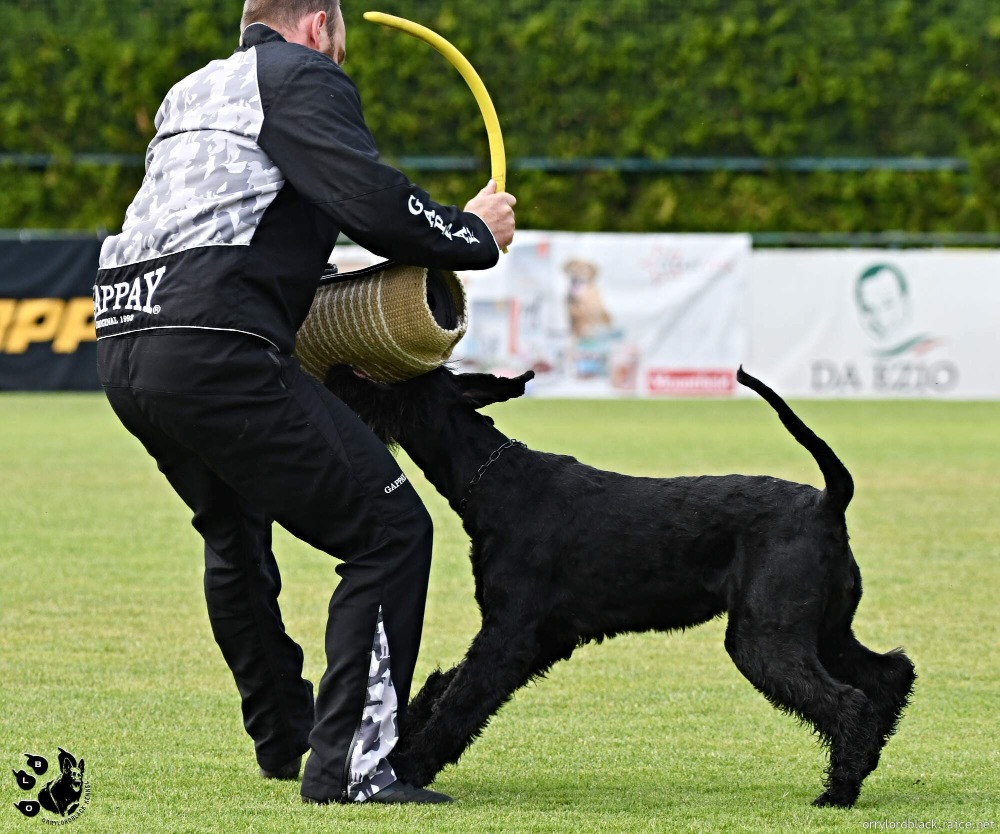 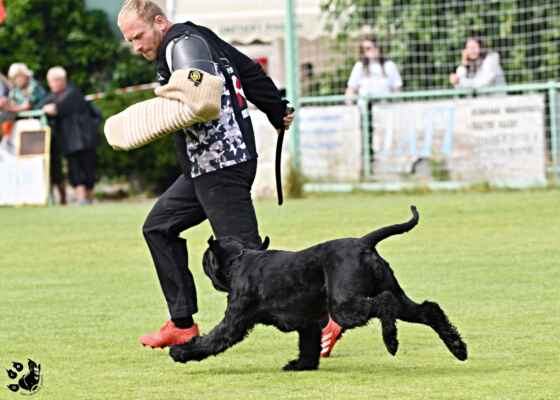 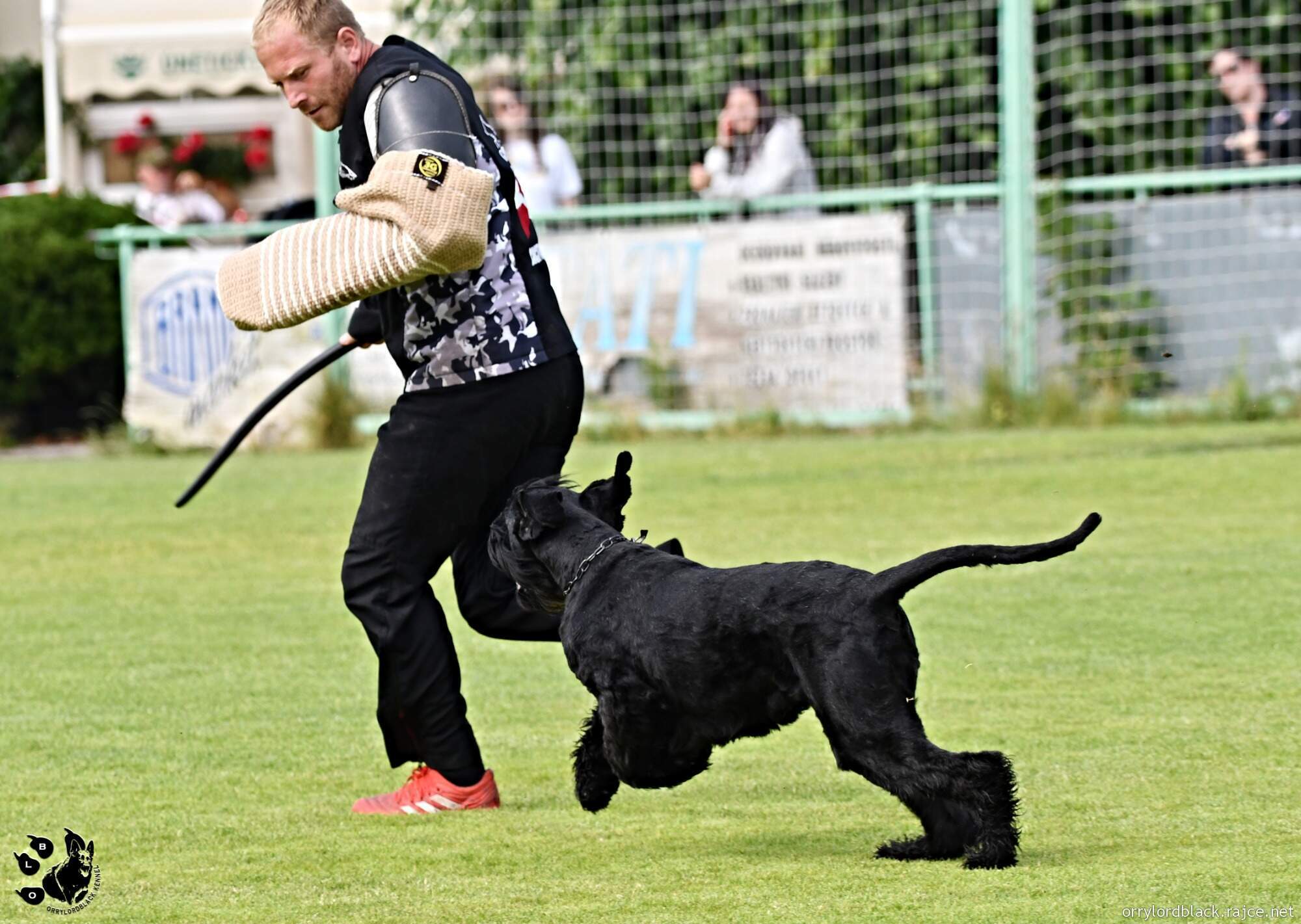 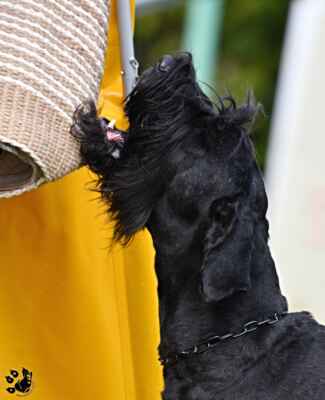 We were very successful at the Schnauzer Club Show in Brno!!! Both siblings Biba and her brother Brutus won their classes the CAC and ČKŠ titles!! Brutus competed in the Open Class among 4 dogs!!!

Congratulations to Brutus' owner Kristýnka and thanks for great representation!!!

In April, we attended the Schnauzer Training Camp with Biba and Ria. Despite the rainy weather, both girls worked very hard and moreover, Biba passed the unplanned UPr1 test (93 points). Thanks for a great weekend to all trainers, helpers and other organizers!!!

This year, Biba attended the Tracking Championship in Nový Malín first time. Under very difficult conditions (3 hour old tracks, difficult terrain) and with older and more experienced competitors, she won the 12th place. Biba is a my brave little girl!!!!

Bibi´s older sister Aurelia won the 10th place – CONGRATULATIONS and THANKS FOR REPRESENTATION!!! 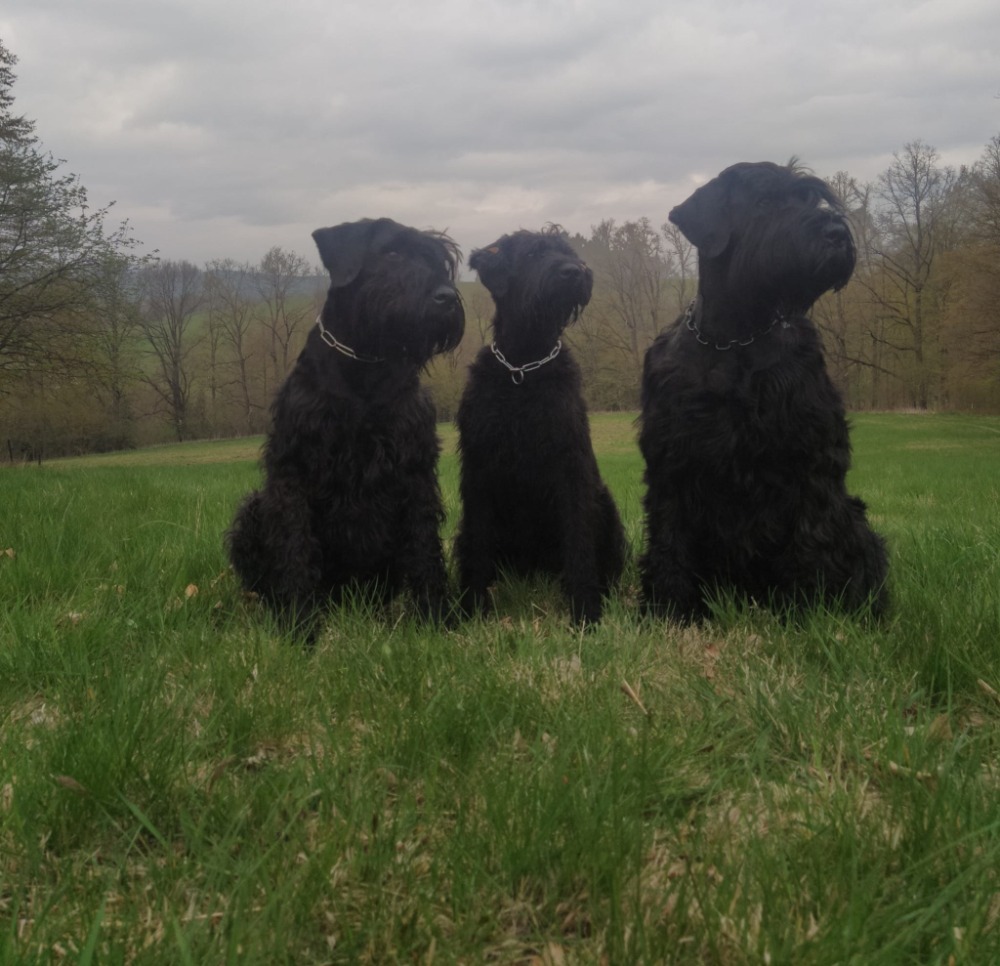 Dora passed her first IFH2 test in this year with result 90 points. The weather was pretty cold and windy but Dora worked very hard. 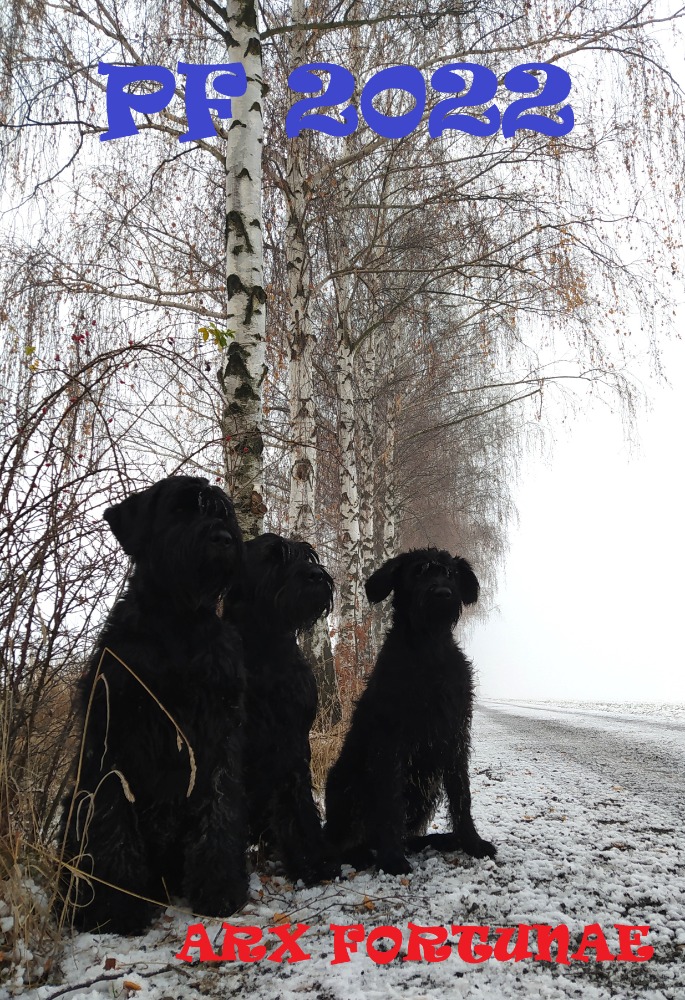 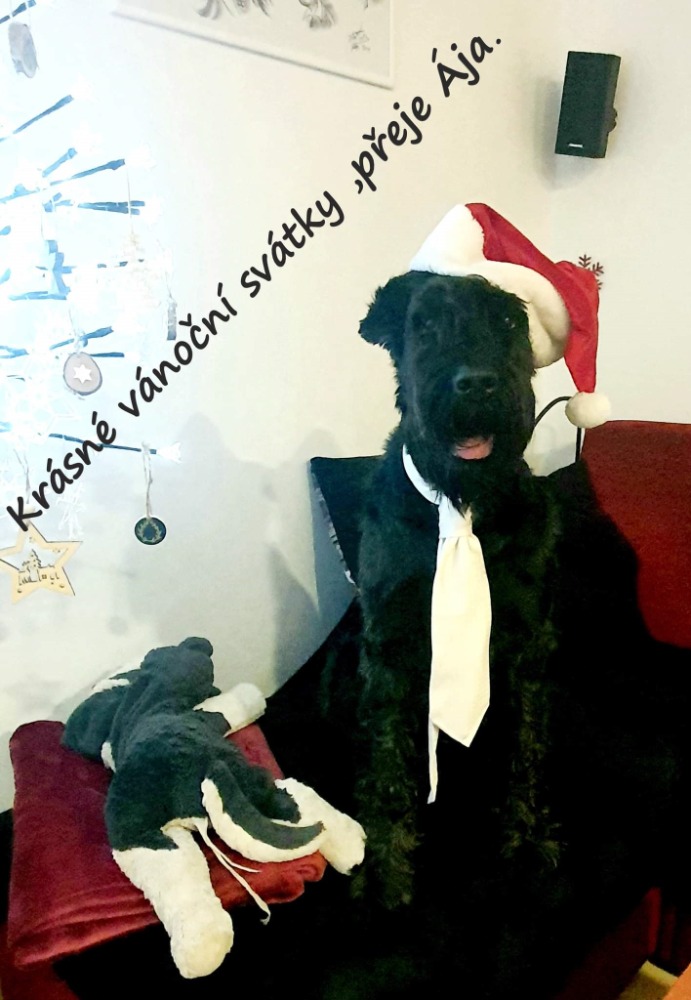 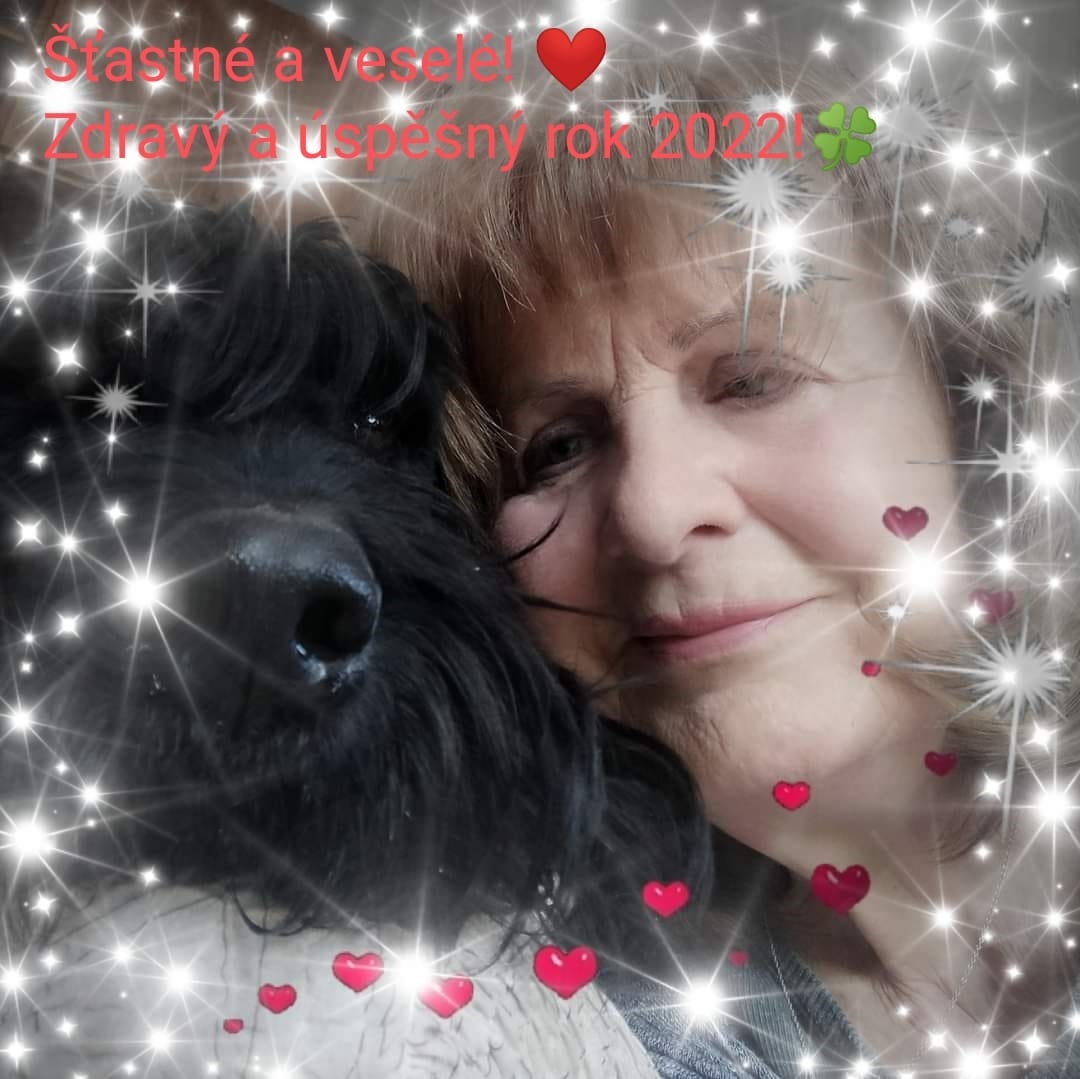 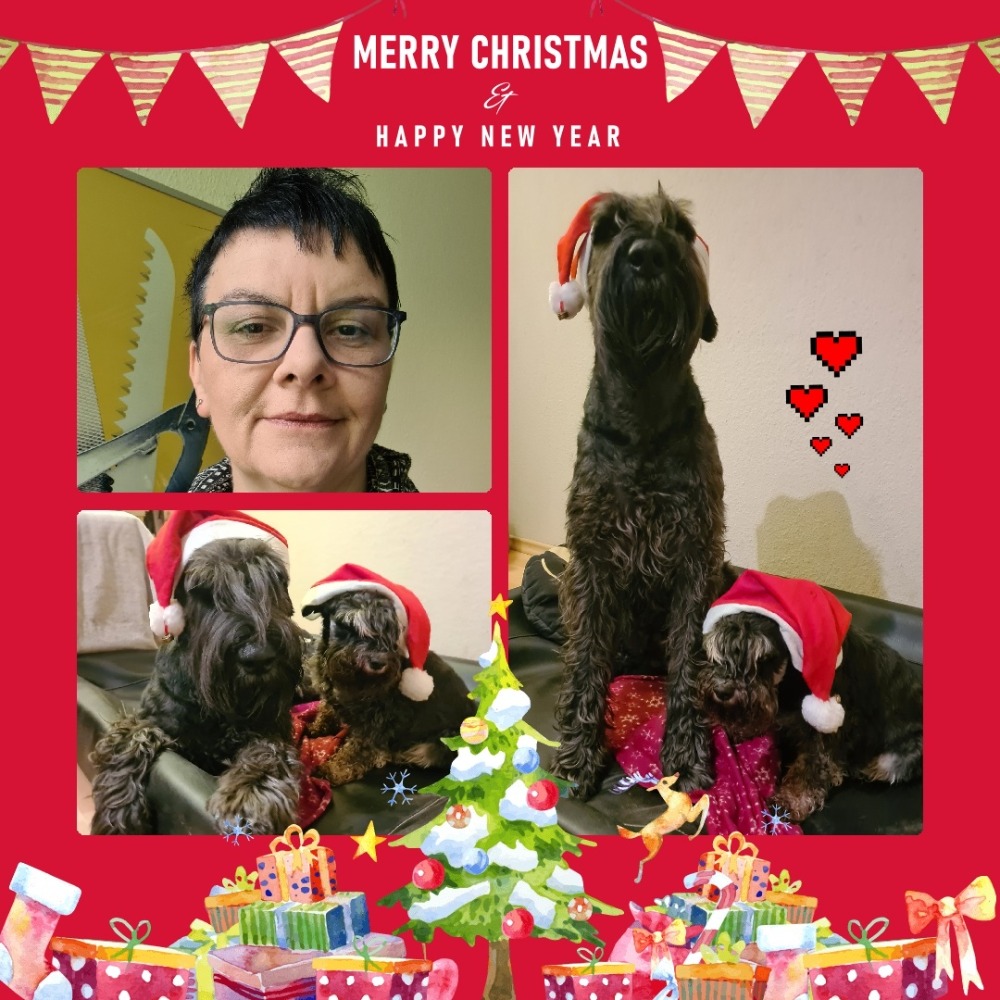