A great season finale despite the terrible rainy weather! Dorka clearly coped with the three-hour track and regardless of rigorous evaluation, she received good 90 points. I am very happy and thank my great girl for her patience with me and my training demands.

We competed in UPr1 cathegory and our obedience was quite nice although Dora had started to concentrate on me after the first turnover. But aports were great and the only blunder was in sending forward (the second command). But we got 91 points and won!

We passed the major life test!! The scoring was not excellent (271 points only) but we passed!!! I was a little bit disappointed because Dora was able to work more better. But I hope there will be another opportunities to achieve better result...

Dora was exposed in the working class and obtained not only a title of the Class Winner and Club Champion Candidate but she also won titles of the Region Winner and BOB!!! Thanks to the breeder Marie Lohrerová for my nice and lovely girl!!

Luková Cup was our tracking premiere in the FH2 cathegory – it was our first start in the cathegory. During the Cup, I wanted to verify Dora´s preparedness and ability to manage so difficult tracking. A total of 11 competitors competed in the cathegory. Dora worked well, in good concentration, but towards to the end, she started to accelerate and lost some points. BUT the result was excellent – 94 points and the second place (the winner obtained 95 points).

This year we first participated in the KCHK (Schnauzer Breeders Club) National Championship. With regard to the unfinished preparation for IPO1, we competed in the FPr3 cathegory. The terrain was very good (trefoil), the weather was sunny and Dora obtained nice 95 points, e.g. the third place. But I was very satisfied because two more successful females were older and more experienced than my dog.

With my friends Marie and Lenka, we prepared dog performance for Children´s Day in Řídeč. Ours dogs had been admired, fondled, fed, commanded and ballooned by children whole the afternoon so we returned home with tired, overfed and happy dogs. Wonderful day and beautiful photos. 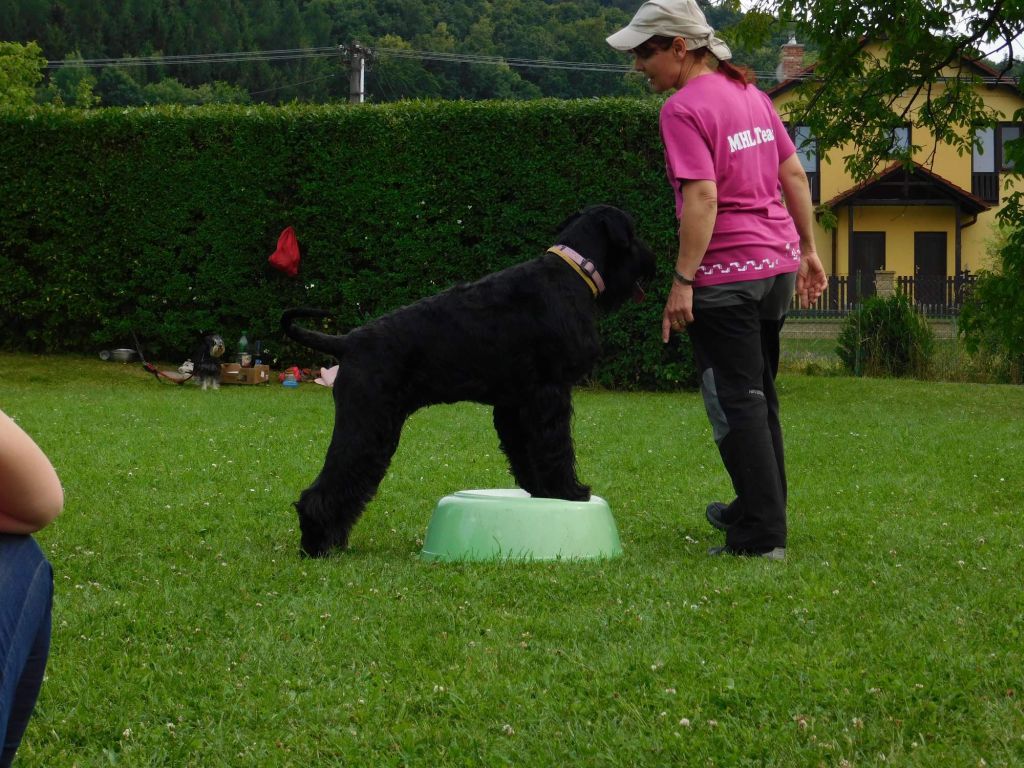 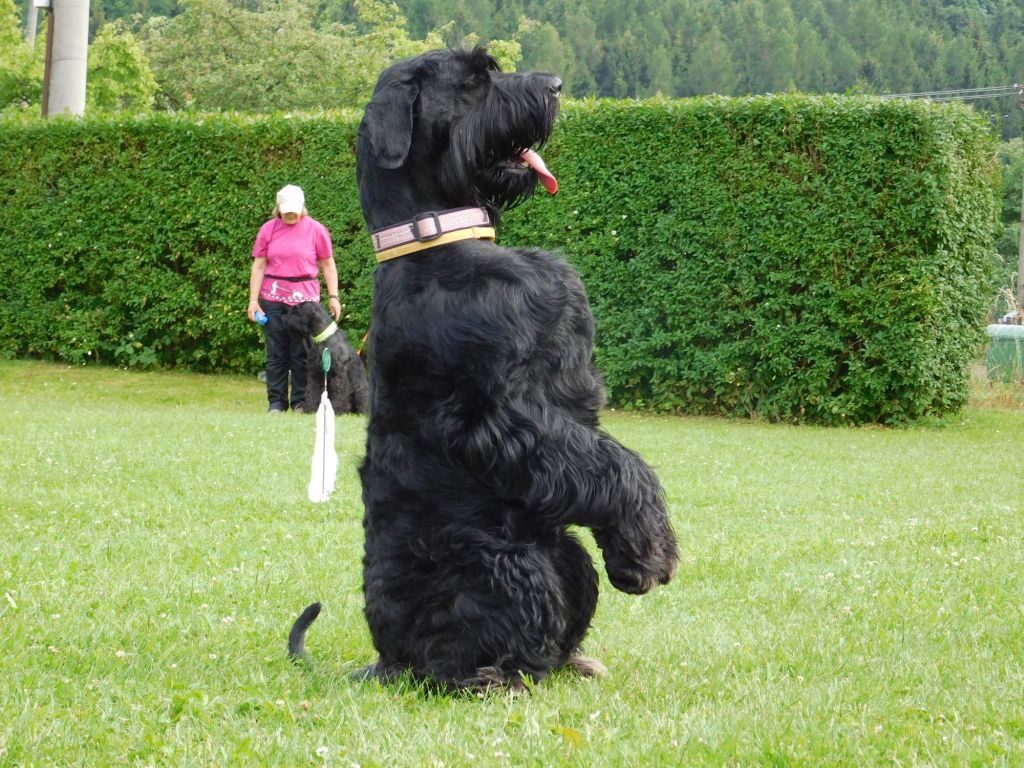 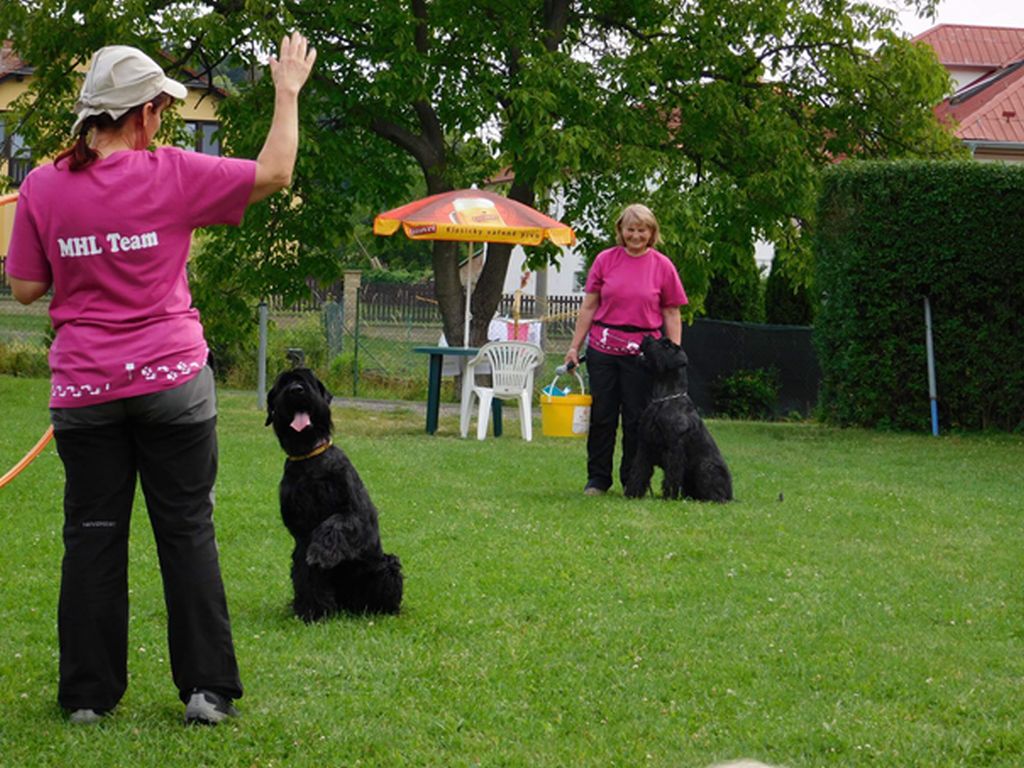 Repeatedly, Dora was presented in the working class and she won again (CAC and ISPU certificate)! She is wonderful!!! 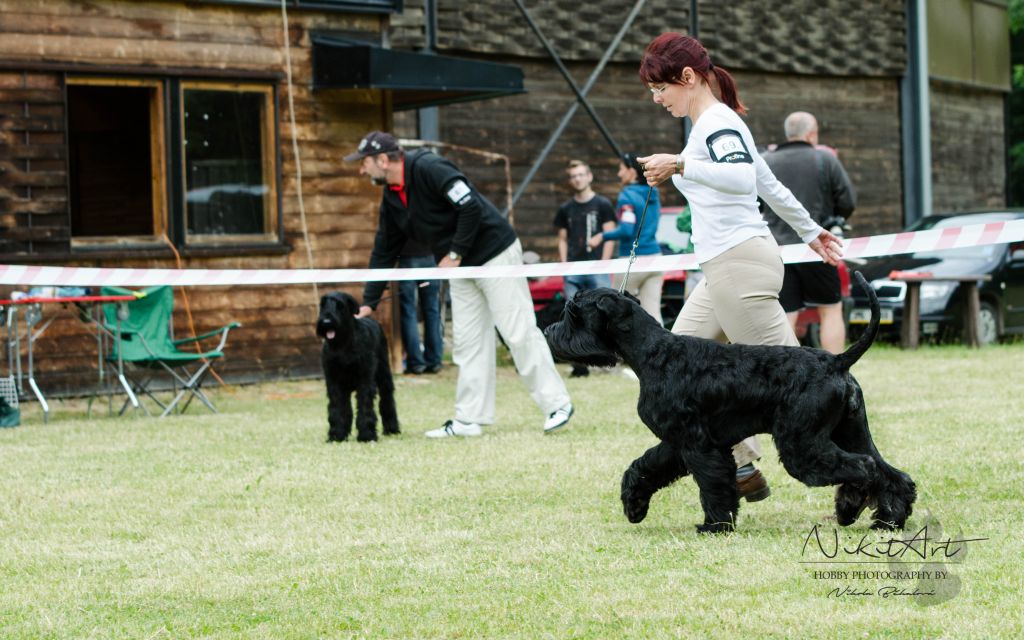 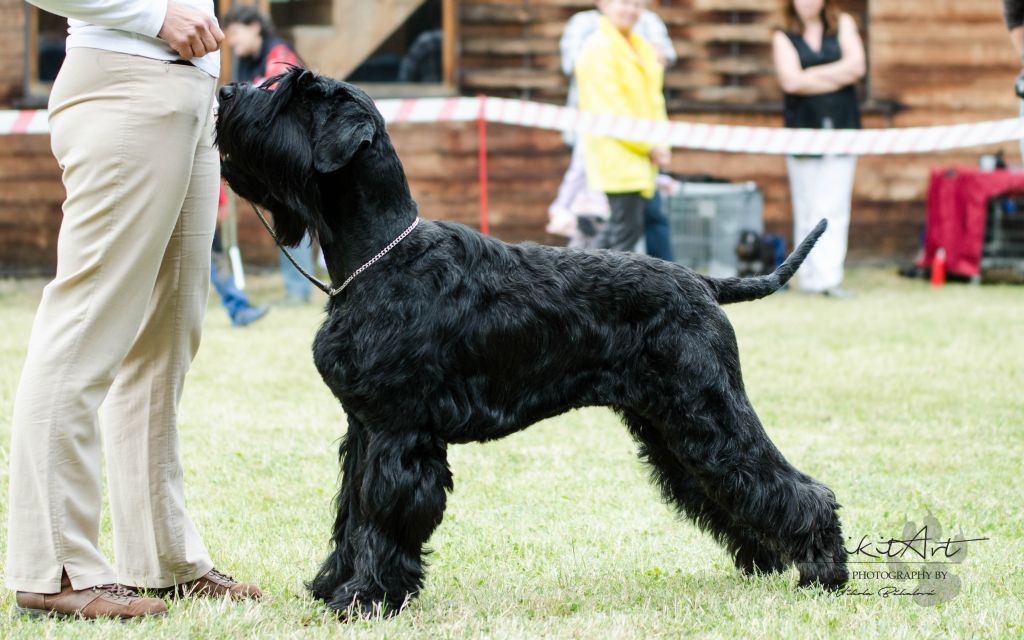 At the club show, Dora won the working class!

Tracking Championship in Nový Malín was lost because of heavy digestive disorders Dora had developer some days before. Although it is a pity, health is the main priority. 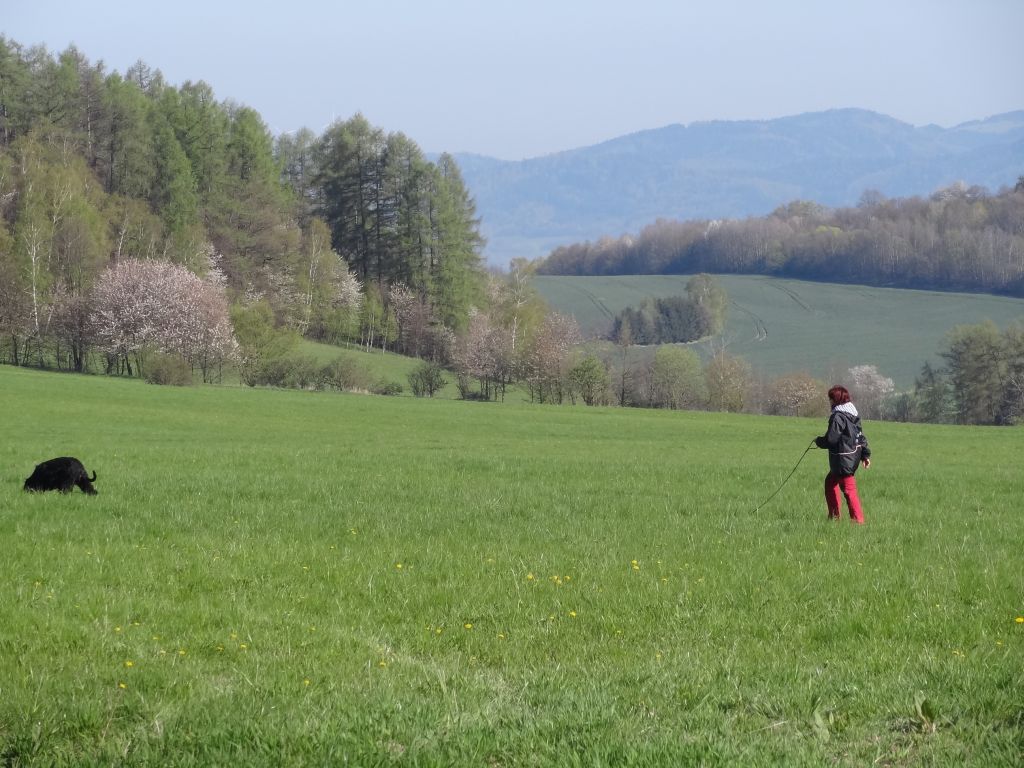 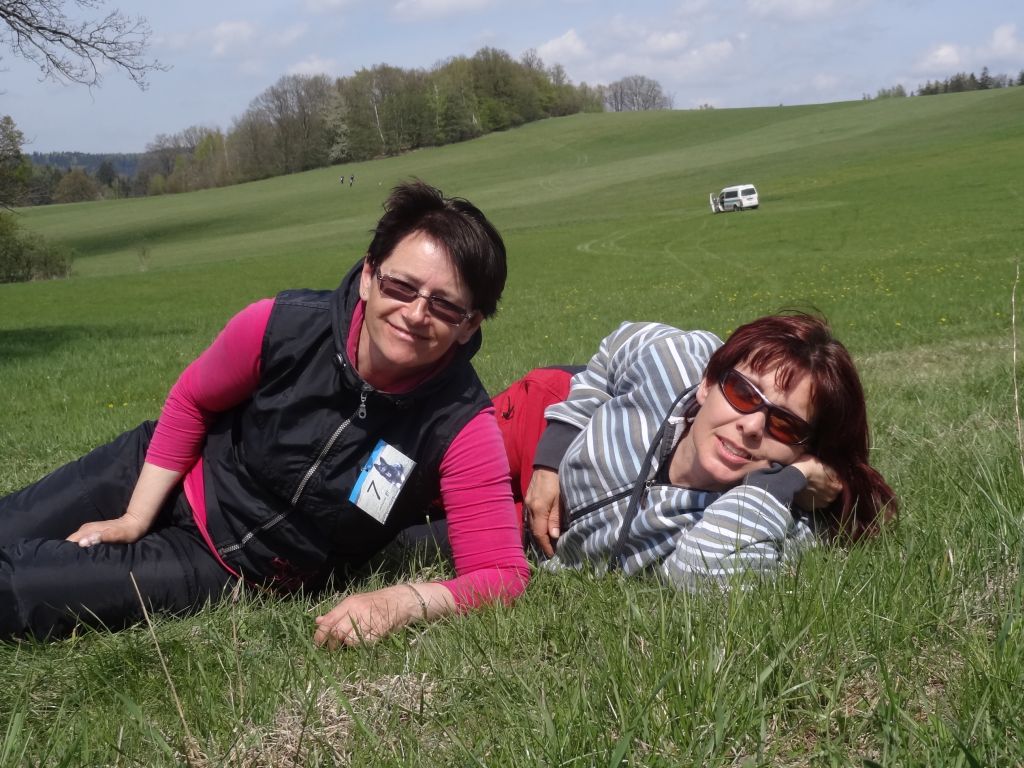 Our first international start and the first start in FH1 cathegory was the phenomenal success despite of the terrible weather (dry and windy) and difficult terrain (sandy soil we have never trained on). Dora beat 8 competitors, some of them were more older and experienced dogs. Amazing feeling!!! 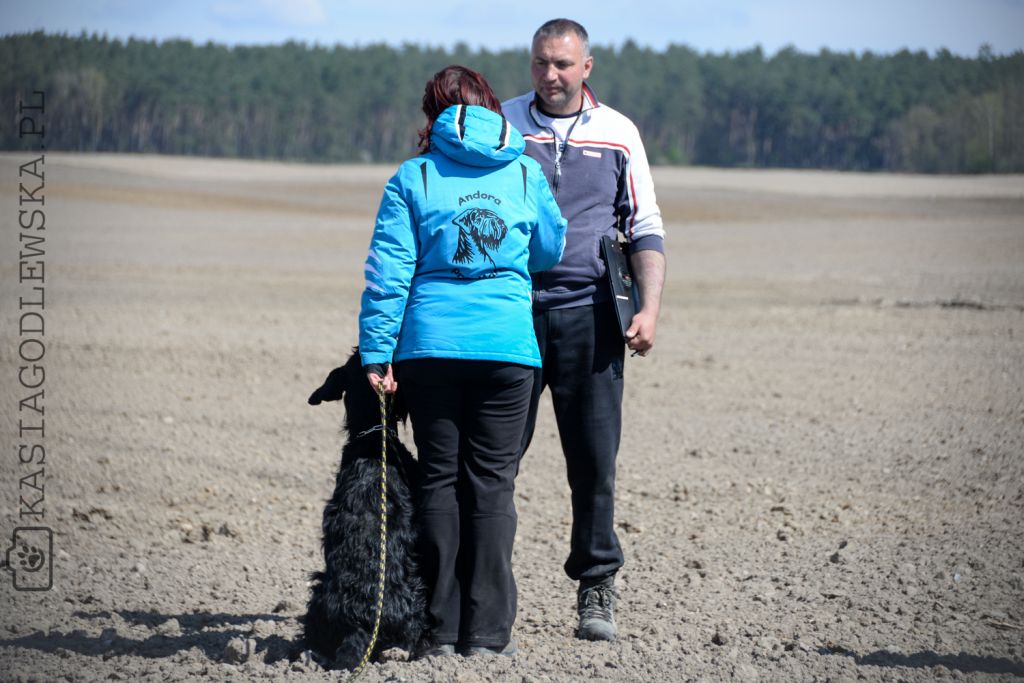 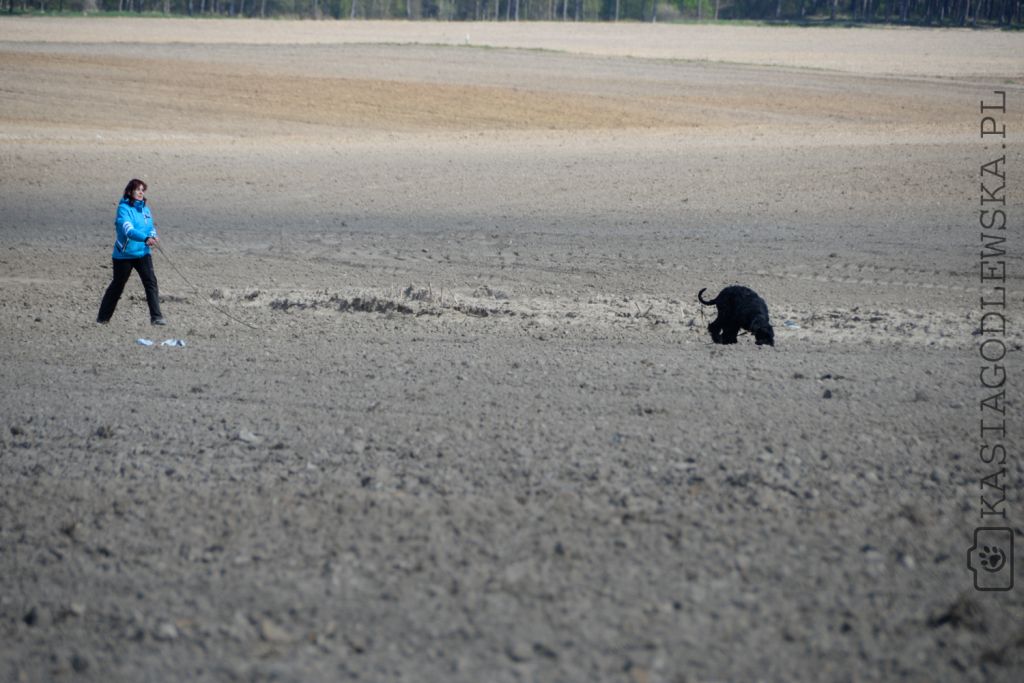 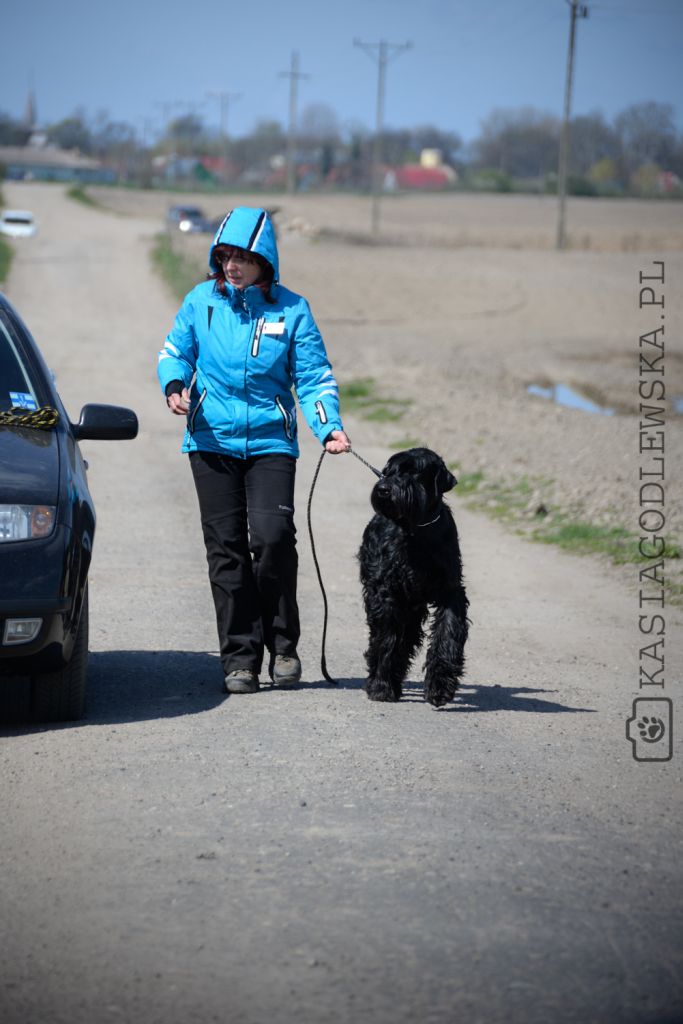 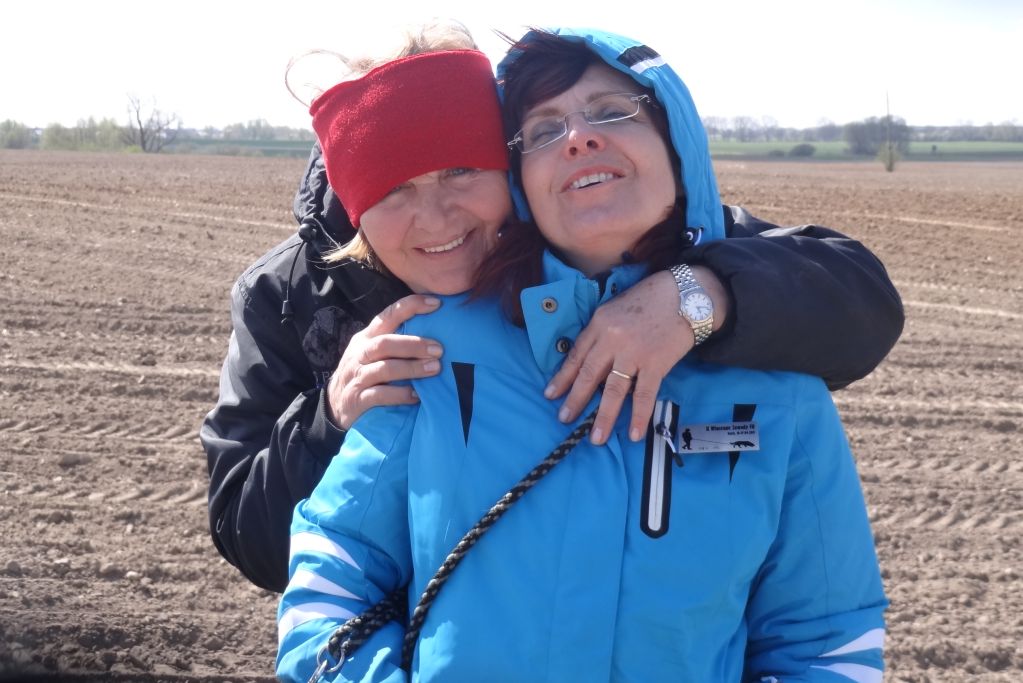 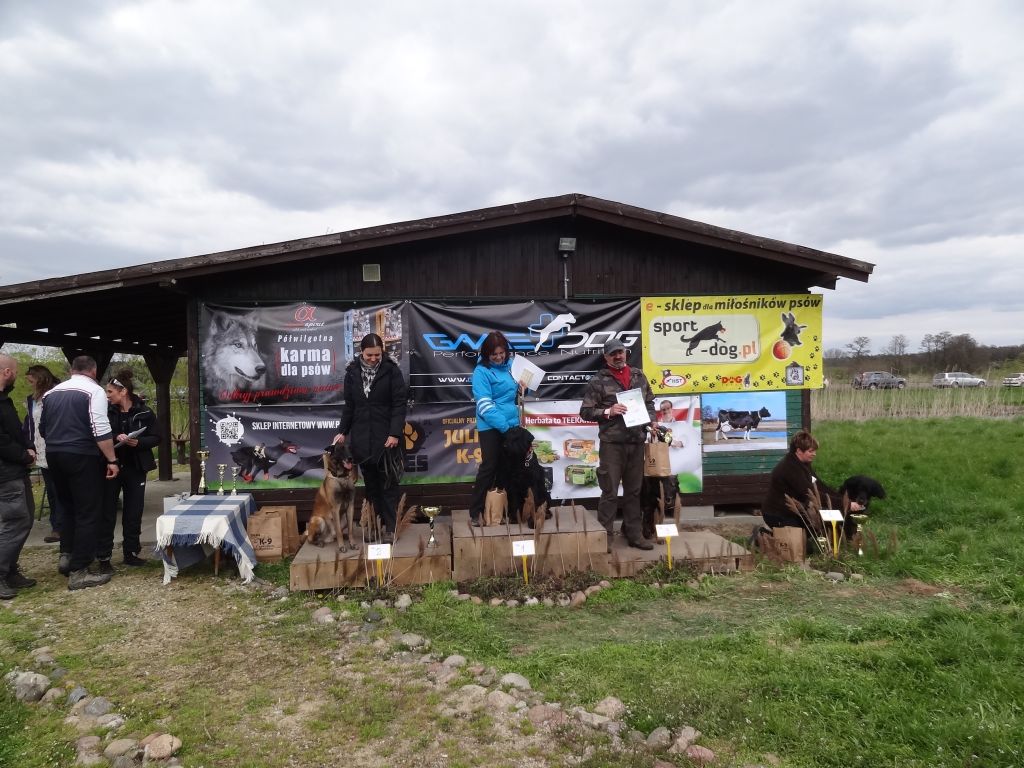 The season starts with successfully passed UPr1 exam (90 points)! Great satisfaction (the dog was perfect, I´m to blame for some mistakes).